Stuart A. Carpey has been practicing as an attorney since 1987. His main focus has been on civil litigation, with most of his cases in personal injury. Throughout his years of practice, he has proven that no case is too complicated, and a hallmark of his career is sheer determination and perseverance for his clients. Mr. Carpey usually accepts personal injury cases in Philadelphia and counties surrounding the city, including car accidents, slip and fall accidents, medical malpractice, and more, and tries them in the federal court system.

Stuart Carpey is a prestigious member of the Million Dollar Advocates Forum. The criteria to be included in this group is to have secured a million-dollar settlement or verdict. Stuart Carpey also writes extensively on matters of personal injury and has put forth his views as lectures at continuing legal education seminars for other lawyers.

Stuart Carpey offers his valuable time and professional expertise to people in need of legal service in the area in and around Philadelphia. In 2002, Mr. Carpey was appointed trial counsel by the Federal government for people who were injured in the 9/11 attack on the World Trade Center. Stuart Carpey was also appointed as a Philadelphia County Mediator in complex civil litigation matters and as a Court-appointed Arbitrator in Philadelphia, Montgomery County, and the United States District Court for the Eastern District of Pennsylvania. A Personal Message From Stuart A. Carpey

I’m Stuart Carpey. My mission here at Carpey Law is to empower my clients to make the best decisions they can about their legal case. This website has been called by one of my clients, “THE Information Resource for Accident Victims in Pennsylvania”. I think that’s a pretty accurate statement. All of the materials we make available to our clients and to Pennsylvania consumers both on and offline, through our books, video series, blogs, and seminars are designed to inform the public about the legal process in the personal injury world. If you or a loved one has been injured in an accident or the victim of medical malpractice, your anxieties will only begin to subside after you know you have the right personal injury attorney to handle your case. I am dedicated to ensuring my clients are well-informed of how the process of the personal injury case works. My clients know the strategies that insurance companies will use to try to minimize their case and we work together to ensure the best possible outcome. My clients value the personal attention and professionalism my staff and I provide from the very beginning of their case and through to its conclusion. Here at Carpey Law, we pride ourselves on our commitment to our clients. This commitment truly sets Carpey Law apart from other law firms, and it is consistently confirmed by our clients. (Just read or view the testimonials!) Please, continue to explore my website and if you ever have any questions at all, we’re just a phone call away.

Attorney Stuart A. Carpey has an A+ Rating with the Better Business Bureau (BBB). BBB ratings are based on information obtained about the business, including complaints received from the public, time in business, transparency of business practices, and licensing. 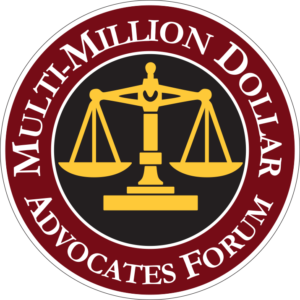 Attorney Stuart A. Carpey has been selected to the Million Dollar Advocates Forum. Only attorneys who have litigated and settled or tried a matter that results in a settlement verdict of $1 million or more are eligible for this recognition and membership. Attorney Stuart A. Carpey has an AVVO Rating of 10.0-Superb. AVVO collects background information about attorneys from multiple sources (including consumer reviews) for use in an unbiased, mathematical model to rate attorneys on a scale from 1.0 to 10.0. This equation considers a lawyer’s years in practice, disciplinary history, professional achievements, and industry recognition when determining a rating. What Other Lawyers and Professionals Are Saying About Stuart Carpey

I wanted to thank you for an enjoyable and informative presentation that you gave my classes today. I already started to watch the Ted Talks with Michael Rowe. I know the students learned a lot from your presentation as did I. I am making a sign with the Life Rules that Emily shared.

Dear Stuart: thank you for your letter of December 12, 2012. You moved heaven and earth on this case, and the client, I am sure, is pleased to get such thorough representation. I will continue to send cases as they arise. Thank you again.

I was very impressed with the two books written by Stuart A. Carpey, Esquire – Purchasing Auto Insurance in Pennsylvania, and The Ten Biggest Mistakes That Can Wreck Your Pennsylvania Accident Case. As these books make clear, Mr. Carpey has the rare ability to combine his extensive knowledge of the law with the sort of real-world information that consumers absolutely need to know. I recommend that anyone who owns a car read Mr. Carpey’s books, as well as anyone who has been in any kind of accident where an injury was sustained. These two books are a must-read for any informed citizen of Pennsylvania.

I have known Stuart for several years through a national organization of recognized leaders in the legal community. He is a strong, dedicated, and insightful attorney and a fantastic trial lawyer who goes the extra distance for his clients. I would recommend and refer my friends and family to Stuart.

I have known Stuart Carpey as a member of the Pennsylvania Association for Justice and have known him to always be willing to help fellow attorneys and to diligently and zealously represent his clients.

While I am a South Carolina attorney and have not had the privilege of working directly with Stuart on a case, I have gained insight on his work ethic and skills as an attorney. We work together through a group of injury lawyers that focuses on building a legal practice based on protecting the rights of accident victims. Stuart dedicates himself to providing excellent legal service of the highest level to his clients. He is a professional, smart, and motivated lawyer.

I can say without hesitation that Stuart Carpey is Personal Injury attorney who thinks about his clients and what is in their best interests above and beyond anything else. How do I know this? Stuart and I have had many conversations about lawyers, the profession. We have also talked about life, family and what matters most. You can tell a great deal about a person just by talking to them. I know that Stuart does not settle for mediocrity. He expects and gets the best for his clients. I would urge anybody looking for not only a great lawyer but a fine human being to contact Stuart immediately.

I downloaded Stuart’s free book called “The 10 Biggest Mistakes That Can Wreck Your Pennsylvania Accident Case” and immediately had both my children read it because not only does it have great information about accident law in PA, it also points out common sense things to do that a driver might not otherwise think of in the heat of the moment. It is a must read for anyone who owns a car in PA!

I read about your selection to “Awesome Attorneys” In The Suburban Life Magazine. Congratulations on your achievement.

On behalf of the Plymouth Whitemarsh High School Mock Trial Team, I thank you for your dedication and commitment to transforming a group of freshmen students into a team of well-spoken, well-trained team members. The student-attorneys carefully planned out their cases and strategically worded questions. Student-witnesses were deliberate in their delivery of their testimony. Your trial lessons were clear and interactive and very much appreciated. We looked forward to your weekly visits to our meetings. It was obvious PWHS Mock Trial Team was well-prepared at competition. Thank you so much for volunteering your time to help the Mock Trial team. We look forward to working with you next year. Stuart Carpey Gives Back to the Community 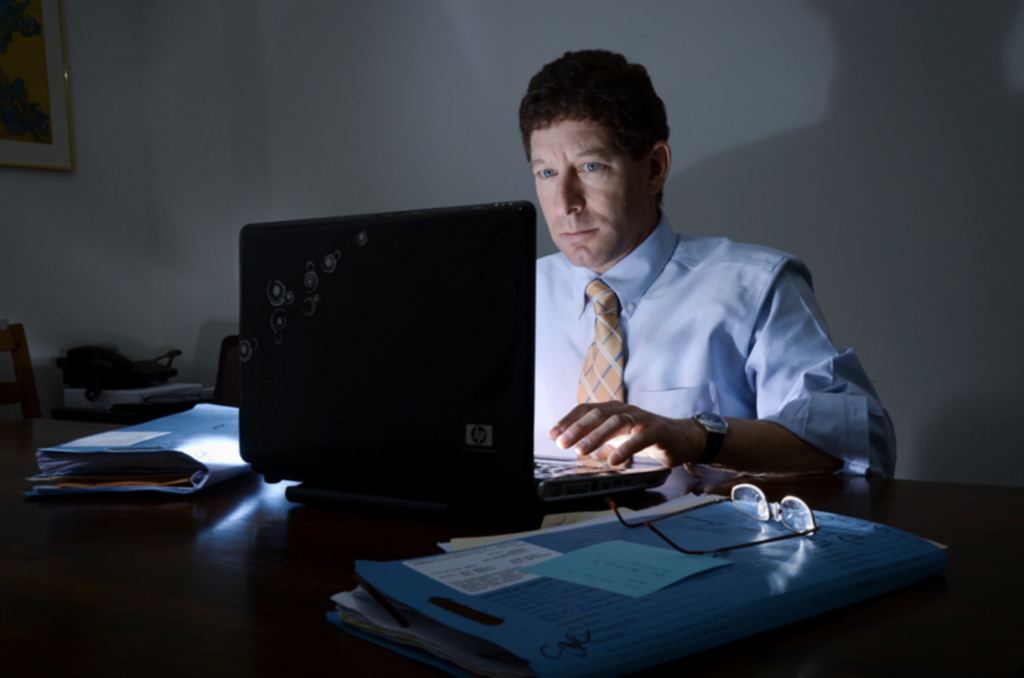