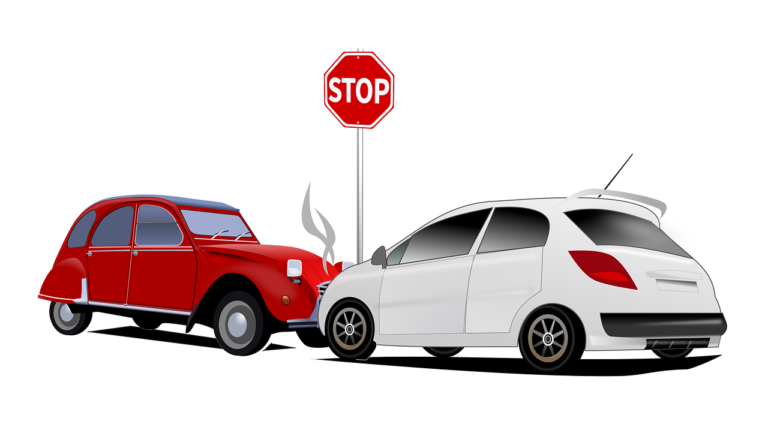 Insurance companies who evaluate property damage and personal injury claims as a result of rear-end collisions and front end collisions are adept at minimizing the extent of the presumed damage to occupants if minimal damage is visible on the bumpers following an accident. They have stables of “biomechanical engineers” ready to testify in court. The insurance company experts equate minimal visible damage to a bumper to little or no physical injury to the occupants of the car. This is just a trick, however. It takes common sense, a basic knowledge of physics, and opposing expert testimony to defeat the insurance company experts in this regard.

What is the Most Common Injury in a Car Accident?

The most common injury in a car accident associated with a rear-end collision is a whiplash injury. This neck injury can often occur in a rear-end crash situation as the bumper-to-bumper impact can cause a driver’s neck to jolt backward and forward.

Federal vehicle safety standards regarding bumpers go back to 1978. The standards were not intended to reduce potential injuries to occupants. Rather, the standards were designed to protect the vehicles. Lower speed impacts frequently result in minimal deformation of plastic/polyurethane bumper parts. However, this results in a greater proportion of force directed to the occupants of the vehicles.

Should I go to the Doctor after a Car Accident?

If you were in any way injured in the accident, you should be evaluated by your doctor as soon as you can. It is important to any personal injury case that a physician has detailed your recent injuries and started you on a treatment regimen.

Who Should I Speak with If I have a Minor Car Accident?

People often wonder what they should do if they’re ever involved in a bumper-to-bumper car accident and whether they should call the police. The answer is, “Yes.” Even if an accident appears to be minor, it is extremely important to call the police immediately in order to file a report. You should cooperate with the police but speak with an attorney before accepting responsibility for the accident.

Insurance companies rely on experts who supply reports which may contain the following type of language: “since the impact speed of the striking vehicle was extremely low almost no energy was transferred to the occupants of the vehicle which was struck.”

Such a position of an expert for an insurance company would be in violation of Isaac Newton’s second principle which basically states that if you place force on an object it will accelerate. And, an object accelerates in the direction that you push it. The acceleration is directly proportional to the force. In other words, if you push twice as hard, it accelerates twice as much. The greater the mass, the more the object that is struck will move. For instance, twice the mass of an object behind pushed into an object in front equals twice as much acceleration. So if a small car is struck in the rear by a larger car, being of more mass the larger car will force the smaller car to accelerate more than if the smaller car had been struck by a lighter car.

Newton’s laws are common sense. They are taught in high school physics classes. Impact causes motion. The can be no disagreement about the fact that when an object is struck it will move. Bottom line- low speed impact or plastic bumpers do not mean the occupants of a car sustain no injury where bumper meets bumper. The transfer of energy must go somewhere, and it is carried through the car into the occupant’s body.

What To Do If You Have a Minor Car Accident?

The first thing to do when you are in an accident is to call the police immediately so that they can file a report. Many people wrongly assume that because it’s a minor accident or fender-bender that they do not need to get the police involved.However, drivers should absolutely contact the police every time they are involved in an accident. Even if you think you may be at fault, a police report can help defend against claims from other drivers or identify witnesses who may contradict the other driver’s version of events.After calling 911 or the local police, try and move your vehicle out of the way of further traffic,assuming there are no injuries and you are able to move your car. Once the police arrive, they will take statements from the involved parties, which will be compiled into a report and made available to you. Furthermore, any drivers involved should exchange car insurance and contact information so that the insurance companies can decide who pays for damages.

It is also important to document the scene of the accident and any damage to the vehicles. Use your smartphone to photograph the crash scene and collect witness information. Taking photos of the scene of the accident, road conditions,signage, involved vehicles and injuries can be helpful if you are trying to show a lack of fault and need corroborating evidence. If there are witnesses whose testimony would help your case,collect contact information for them. You should also be cautious answering questions like “are you OK?” as another party may use that against you in your claim.

Depending on the state where the accident took place, you may need to file a report with the local DMV. This usually depends on the amount of damage done to the involved vehicles but check with the DMV to confirm if you need to do so. Lastly, it’s critical to file a claim with your insurance agency as quickly as possible following the accident.

Does a Car Accident Affect My Warranty?

Many times, when buying a car, there will be a parts and service warranty attached to it for a specified mileage. Although this warranty covers replacing parts due to a vehicle fault or normal wear and tear, that likely does not extend to damage sustained in an accident. For example, if as eat belt stops working during normal use, most warranties would cover replacement or repair of the seat belt. However, that warranty would not extend to a seat belt broken during an accident.

For the most part, this same logic applies to other parts of the vehicle that may be damaged in an accident. Typically, automotive warranties don’t extend to the exterior body panels of a car,nor would they cover interior repairs stemming from an accident. If the car is extremely damaged to the point of being declared a total loss, or if you were given a salvage title for the vehicle, then the entire warranty is voided.

Does a Fender Bender Count as an Accident?

What Happens if You’re at Fault in a Car Accident?

Surprisingly, it is not always obvious who is actually at fault in a car accident. Sometimes, the accident occurs in a crowded space like a parking lot, and all involved parties share a portion of the fault. In other circumstances, it is very clear who the at fault driver is. A good example of such an accident is if you were driving on the freeway while texting on your phone,there is change in traffic and you hit the brakes too late and crash into the back of the car in front of you. In this example, because you were the distracted driver, the fault clearly lies with you.

Most states are “fault” states, where financial responsibility for a car accident lies with the at-fault driver and that driver’s insurance provider. This causes them to be responsible for the costs of medical bills, pain and suffering, vehicle damage, and even lost wages for the other party. However, in “no-fault” states, vehicle owners are required by law to carry “personal injury protection” coverage with their car insurance plan. In the event of a car accident, this policy would pay for any costs and losses suffered by the policyholder, regardless of who was at fault.

Sometimes, financial responsibility for certain losses can still lie with you, even if the accident occurred in a “no-fault” state. This type of personal injury policy almost never applies to actual vehicle damage, so often it is up to the responsible party’s insurance company to cover the costs of that damage. Although you are unlikely to be personally responsible for providing repair costs, the likely result of your insurance company covering those charges is a higher insurance premium for you. Pennsylvania is one of the few states known as a “no-fault” state.

As far as injuries go, if you are the “at-fault” driver you are at risk of having a personal injury law suit brought against you by the other party. Injury to another party as a result of your negligence is generally covered by any liability coverage you have on your plan. However, if you only carry a $50,000 liability insurance, and you are sued for damages of $300,000, you could be personally liable for the $250,000 difference.

If you are in an accident where each driver involved is equally responsible for the accident (also known as a 50/50 claim), there is a good chance that your insurance rates will increase. Although each insurance carrier has different policies regarding 50/50 fault claims, any incident that you were a part of is rated during your policy renewal. The rating factors and standards that they use to determine insurance premiums change often, but generally it depends on the number of incidents you have been involved in, as well as the dollar amount claimed in damages. Check with your individual insurance carrier if you’re unsure of their policy regarding rate increases from 50/50 fault accidents.

If you were involved in a bumper-to-bumper car accident and have questions, give Carpey Law a call.